Dylano, the 2nd Reserve Champion of the 2008 Oldenburg licensing in Vechta, combines the bloodline of Donnerhall, an Oldenburg hero in dressage, with the exceedingly successful performance line of Schimbine.

His offspring, which stand out because of their striking types and outstanding movements, are now starting off on promising careers in sport.

In 2000, Dylano's sire, Dimaggio, became the undisputed World Champion of five-year old dressage horses and then proceeded to win dressage classes up to Inter I. He has sired nearly 20 licensed sons. Among his dozens of premium daughters, one stands out especially: Dimma, the Westphalian Champion Mare and bronze medal winner of the 2012 German Elite Broodmare Championships.

The dam's sire, Landadel, is one of the trademark stallions in modern day performance horse breeding. The granddam is also the dam of a licensed stallion, Last Night (by Landadel), the advanced (S) level show jumper, Mont Cenis (by Matador). Very closely related are the Olympic Game stallion, Quando-Quando, as well as the licensed stallions Arbolito, Quarterline and Varus and the Oldenburg Champion Mare, Fifty Fifty OLD. 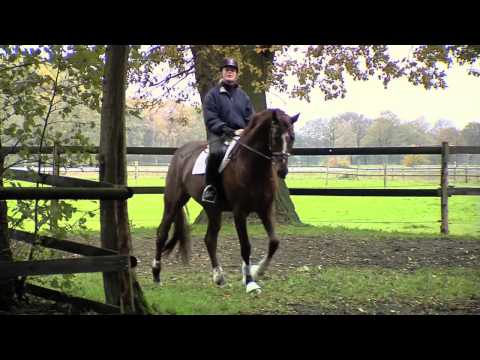